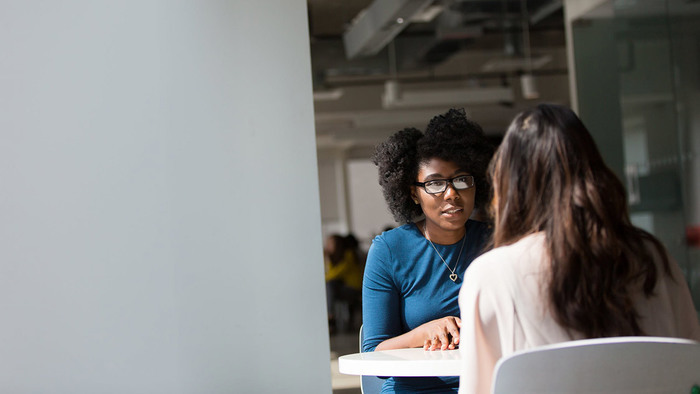 No one wants to hear that they didn’t get the job. So how can you break the news to candidates in a professional, sincere and positive manner?

There are two standard ways to let a job candidate down: you can either give them the bad news in a phone call or write it to them in a letter. How you do this will most likely depend on how far down the interview process they have got. If you are rejecting a number of people early on in the recruitment process, then a letter is perfectly acceptable. If however, someone has got to the latter stages of any interview process then you might want to consider calling them and giving them direct feedback as to why they weren’t selected.

Of course, if you’re going to give feedback you need to give it quickly. Let candidates know as soon as you know about their interviewing status, you wouldn’t want to wait for them to get back to you so don’t keep them hanging on.

2. Show gratitude for the application

Thank your job candidate for their interest in your company. Let them know that you appreciate the time they took to apply and go to the interview.

3. Encourage the candidate by letting them know you see their strengths

State that the candidate does have strong skills, experience or qualifications, and maybe explain why they would be a good fit in your company.

Then get to the point, explaining why you’re not able to make a job offer. Use phrases such as, “we’re seeking a candidate who has more experience”. Try not to be too negative; it’s hard enough for the candidate to hear the news about the job offer without feeling you are picking them apart. And most importantly of all don’t be discriminatory, or even appear to be discriminatory, when it comes to interviewing or hiring candidates.

If the candidate has questions or inquiries, make sure you respond to them promptly and on a professional level, and definitely make sure you follow company policies on communicating with applicants. They’ll be likely to reapply with your company if they receive all the necessary information, so never burn your bridges. In fact, it’s best to keep all applications on file for at least six months.

Inform the candidate about other current or future openings. Let them know that they can apply again if you are interested in the candidate.

Wish the candidate well with their future endeavours as it shows that you have respect for them.

The importance of feedback

While it might seem like a lot of work right now, giving feedback is not only good for your company, but you’re also helping the candidate to understand where their strengths and weaknesses lie. Having said that, some employers have policies against giving feedback out of fear of inadvertently creating legal risk. Equally, not all candidates want to receive feedback, but for those that do it’s vital they receive the type of feedback that can help them grow and give them something to build on.

“Candidates need to understand how they can improve,” says Laurie West, talent acquisition manager at Exchange Team. “People’s own ideas about how they think they are perceived and how they actually are perceived in interviews can differ greatly, and it’s all about closing that gap.

“However, I find that good feedback is rarely given, particularly in large companies. But with the right mindset, you can give feedback that will really benefit the candidate going forward.”

Although you don’t want to go as far as saying someone came to the interview dressed like a tramp or that they seemed a little lazy, honesty is always the best policy. But don’t just tell them a bunch of cliched reasons with no real substance behind it, as there are real benefits when you provide a detailed assessment of an interviewee’s performance.

A lot of companies don’t give negative feedback, at all. Instead, they simply hope candidates get the message when they don’t hear anything back from them. As awkward as it may be, giving truthful and complete feedback as to why you are not moving forward will be the best thing for the candidate in the long run. As HR consultant and trainer Tara Daynes is keen to stress, brushing off candidates with: “There was someone else we liked more,” simply won’t cut it.

“There are clear business reasons to provide detailed feedback,” she says. “Not only is it a good PR opportunity that can have a beneficial effect on a company’s reputation as an employer, but objectively justifying a decision to reject someone also reduces liability for claims of discrimination.”

Also, you need to be aware that in an increasingly social media savvy world, reputation can be affected by the type of feedback you give. There have been several instances recently where candidates have been offended not only by the quality of the feedback they’ve received but also by the way in which it has been delivered. In fact, some angry or upset candidates have posted comments online, leaving some serious negative effects on the perpetrators.

One company, for example, sent a 3,000-word letter to some 900 successful and unsuccessful applicants. This was not only confusing, as it took some time for candidates to realise whether or not they had been offered the job, but it was also dismissive of those who hadn’t made the cut, while taking a rude, lecturing and arrogant tone.

Thanks to the internet, a lot more people have found out about the company’s dubious approach, which is unlikely to put it on top of anyone's dream places to work’ list.

This article is republished from TeachingJobs under a Creative Commons license. Read the original article.