Should we really be working so much? 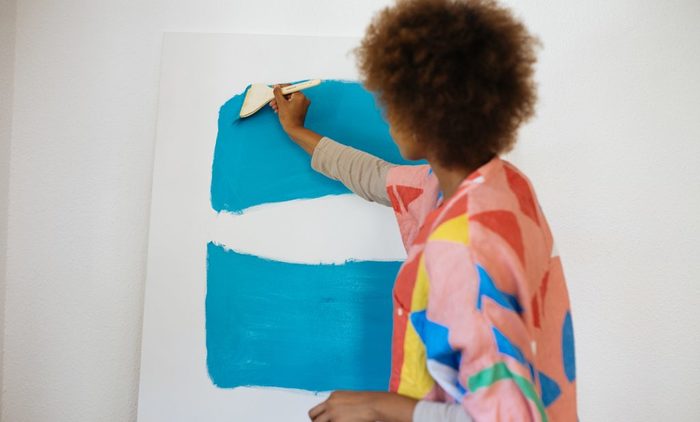 This is a guest article from Steve Taylor, Senior Lecturer in Psychology, Leeds Beckett University.

The daughter of a friend of mine recently left university and entered the world of work, taking on a temporary office job. At the end of her first week, she phoned home in tears. “It’s horrible,” she complained to her mother, adding:

There’s no time to do anything else. I’m so tired when I get home in the evenings that all I can do is watch TV. And then I have to get up early the next morning and do it all again. If this is what work is like, I don’t want to spend my whole life doing it.

Many of us might sympathise with her feelings of dismay. The daily grind of modern employment can make weekends, holidays and the prospect of retirement highly treasured prospects.

So is the equivalent of a four-day working week really such a bizarre idea? Aside from the fact that working shorter hours might actually make us more productive, there is no doubt that it would enhance our well-being.

If you’re lucky, you might have a job that is stimulating and fulfilling. But I would argue that even then, work should not be the main aspect of your life, or its defining feature. Working 40 hours a week makes our lives narrow and constricted, meaning we lose sight of whole vistas of possibility and adventure.

There’s so much to learn in life, so many different ways to develop, so many experiences to absorb, so many activities to enjoy (including doing nothing). When we spend so much time working, it’s difficult to find time and energy for anything else.

After all, work as we know it is a relatively modern activity. For the whole history of the human race up until a few thousand years ago, human beings lived as hunter-gatherers. Their main job was to find food, and perhaps surprisingly, they didn’t have to work particularly hard to do this.

Some anthropologists have estimated that contemporary hunter-gatherers who follow the same simple lifestyle as our prehistoric ancestors only spend around four hours a day searching for food. The rest of the time is leisure time.

Life only really became difficult once our ancestors started farming. Grinding food out of the soil was a lot more labour intensive than hunting or picking fruit from trees.

Then came the industrial revolution, when human beings were imprisoned in factories and mills for almost all of their waking hours, treated as nothing more than objects of labour, working in appalling conditions for appalling wages, and usually dying at a young age.

Working conditions are far better now, at least in more economically developed parts of the world. But I think we still haven’t gone far enough in a positive direction.

We’re still living with the legacy of the industrial revolution, in thrall to a mistaken idea that work defines us and should be the primary pursuit of our lives. We’re still living as economic objects whose main value is what we can produce.

What’s the alternative, you might ask. If we didn’t work so hard, our economies would fail, and we would all be living in poverty. But this isn’t necessarily the case.

In continental Europe, working hours are significantly shorter than in Australia, the US and the UK, and productivity is actually higher. Countries like Holland and Denmark are more economically successful than the US or the UK. And not uncoincidentally, they also have higher levels of well-being.

Working less does not mean economic failure. In fact, the opposite may be true. It may be that longer working hours just make people tired and resentful, and therefore less productive. There is also evidence that too much work impairs our health, leading to poor sleep and an increased risk of conditions such as heart disease and type 2 diabetes.

Crucially, working less has many psychological benefits. It means less stress and anxiety. It means better relationships, because we spend time with our loved ones, and have more energy to give them.

It also gives us more opportunity to live authentically through following our own innate interests, so that we spend more time in the positive state that psychologists call “flow” (when we are intensely absorbed in enjoyable activities). We have more time and energy to nurture our creativity, which also leads to a more meaningful and purposeful life

Working less also enables us to experience the joys of doing nothing in particular. In my research, one of my areas of interest is individuals who undergo a life transformation following periods of intense turmoil or stress, or a close encounter with death. I call this “post-traumatic transformation”.

People who experience this often report that they feel more grateful for life, more connected to nature; that they have more authentic relationships and become more creative and spiritual.

Another change is that they are no longer so interested in work. They love to spend their time doing nothing in particular, just enjoying being in the moment and being alive in the world.

And perhaps we are at a point when we need to rethink our whole relationship with economics. It’s clear that the world’s population cannot keep producing and consuming material goods at the present rate.

The environmental effects are simply too severe. Our planet is already suffering the strain, and won’t be able to withstand much more damage. A recent report by a think tank suggested that working less should be one of the tools we utilise to avert climate catastrophe.

The modern emphasis on work is completely out of proportion, and harmful to our well-being. One thing is for sure: if you spend nearly all your waking hours working, then it doesn’t matter whether you’re a millionaire businessman or a successful financial analyst. You’re not really so different from a factory worker in a 19th-century industrial town.

You are an economic object, whose life only has value in terms of the labour you perform. The only difference is that you have the freedom to change – and to make your life more meaningful and fulfilling.

This article is republished from The Conversation under a Creative Commons license. Read the original article. Photo by Retha Ferguson.