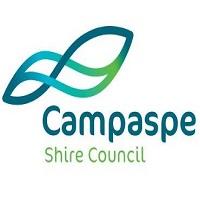 The Shire of Campaspe is a local government area in Victoria, Australia, located in the northern part of the state. It covers an area of 4,519 square kilometres (1,745 sq mi) and in June 2018 had a population of 37,592.

It includes the towns of Girgarre, Echuca, Kyabram, Rochester, Tongala and Rushworth. It was formed in 1995 from the amalgamation of the City of Echuca, Shire of Deakin, Shire of Rochester, Shire of Waranga, Town of Kyabram and part of the Shire of Rodney.

The Shire is governed and administered by the Campaspe Shire Council; its seat of local government and administrative centre is located at the council headquarters in Echuca, it also has service centres located in Kyabram, Rochester, Rushworth and Tongala. The Shire is named after the Campaspe River, a major geographical feature that meanders through the LGA.