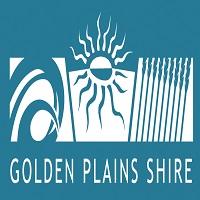 The Golden Plains Shire is a local government area in Victoria, Australia, located in the western part of the state. It covers an area of 2,703 square kilometres (1,044 sq mi) and in June 2018, had a population of 23,120. It includes the towns of Bannockburn, Dereel, Gheringhap, Lethbridge, Linton, Berringa, Teesdale, Rokewood and Meredith.

The Shire was formed in 1994 from the amalgamation of the Shire of Bannockburn, Shire of Leigh, Shire of Grenville and part of the Shire of Buninyong. Upon its creation, it was known as the Southern Rural Shire, intended to exist temporarily until the Local Government Board drew up final council boundaries for the Ballarat region. However, a few months later it was decided to make the municipality permanent, and it was renamed to its current name on 1 October 1994.