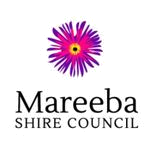 The Shire of Mareeba is a local government area at the base of Cape York Peninsula in Far North Queensland, inland from Cairns. The shire, administered from the town of Mareeba, covered an area of 53,491 square kilometres (20,653.0 sq mi), and existed as a local government entity from 1879 until 2008, when it amalgamated with several councils in the Atherton Tableland area to become the Tablelands Region.