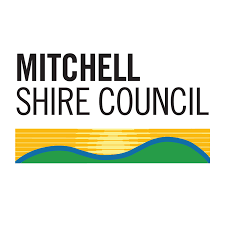 The Shire of Mitchell is a local government area in the Hume region of Victoria, Australia, located North of Melbourne. It covers an area of 2,862 square kilometres (1,105 sq mi) and, in June 2018, had a population of 44,299. It includes the towns of Broadford, Kilmore, Seymour, Tallarook, Pyalong and Wallan. It was formed in 1994 from the amalgamation of the Shire of Pyalong, the Shire of Kilmore, most of the Shire of Broadford, and parts of the Shire of McIvor and Rural City of Seymour.

The Shire is governed and administered by the Mitchell Shire Council; its seat of local government and administrative centre is located at the council headquarters in Broadford, it also has service centres located in Kilmore, Seymour and Wallan. The Shire is named after an early British surveyor and explorer, Major Thomas Mitchell, who explored the south-eastern part of Australia, and whose return route for his third expedition passed through the present-day LGA.

It is one of the fastest growing regional municipalities in Victoria.