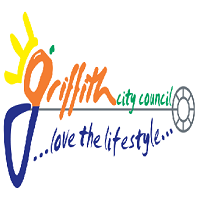 The City of Griffith is a local government area in Riverina region of south-western New South Wales, Australia. The area comprises 1,640 square kilometres (630 sq mi) and is located in the Murrumbidgee Irrigation Area and on Kidman Way. At the 2011 census, there were 24,364 people in the City of Griffith local government area, of these 50.2 per cent were male and 49.8 per cent were female. Aboriginal and Torres Strait Islander people made up 4.1 per cent of the population, which was higher than the national and state averages of 2.5 per cent. The median age of people in the City of Griffith LGA was 36 years, which was slightly lower than the national median of 37 years. Children aged 0 – 14 years made up 22.5 per cent of the population and people aged 65 years and over made up 19.8 per cent of the population. Of people in the area aged 15 years and over, 53.7 per cent were married and 9 per cent were either divorced or separated.