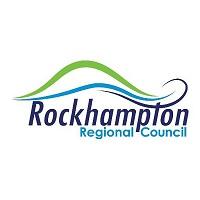 The Rockhampton Region is a Local Government Area in Central Queensland, Australia, located on the Tropic of Capricorn about 600 kilometres (370 mi) north of Brisbane. Rockhampton is the region's major city; the region also includes the Fitzroy River, Mount Archer National Park and Berserker Range. Established in 2008, it was preceded by four previous local government areas extending to almost the beginning of local government in Queensland. On 1 January 2014, one of those local government areas, the Shire of Livingstone was restored as an independent council.