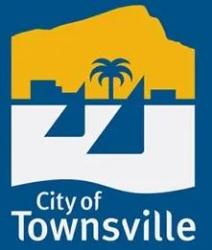 The City of Townsville is an Australian local government area (LGA) located in North Queensland, Australia. It encompasses the city of Townsville, together with the surrounding rural areas, to the south are the communities of Alligator Creek, Woodstock and Reid River, and to the north are Northern Beaches and Paluma, and also included is Magnetic Island. In June 2018 the area had a population of 194,072, and is the 28th-largest LGA in Australia. Townsville is considered to be the capital of North Queensland.