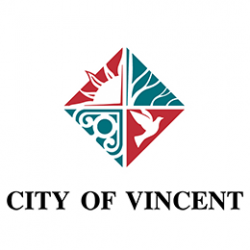 The City of Vincent is a local government area of Western Australia. It covers an area of approximately 10.4 square kilometres (4.0 sq mi) in metropolitan Perth, the capital of Western Australia, and lies about 3 km from the Perth CBD. The City of Vincent maintains 139 km of roads and 104 ha of parks and gardens. It had a population of over 33,000 at the 2016 Census.

The city was known as the Town of Vincent before gaining city status on 1 July 2011.

Casual/Seasonal/Maternity
Casual Pool Lifeguard - Beatty Park
Vincent Town Council Beatty Park Leisure Centre, Vincent Street, North Perth WA, Australia
Great location at Beatty Park Leisure Centre Casual position available Casual hourly rate+  weekend penalties Welcome to the City of Vincent. Our community wants us to be a clever, creative and courageous local government – a Council that says Yes! Clever:  we always choose the simplest, quickest, and most effective way to deliver our services. Creative:  we find new and different approaches to get better outcomes for the community and the City. Courageous:  we will manage the risks in being clever and creative but still take action. The role Our award-winning leisure centre, Beatty Park, is looking for a competent and motivated Lifeguard to join our close and customer-focused team. Key duties of the role will include: Public safety : supervise public use of the facility, attend to any first aid cases, conduct water tests, and attend regular in-service training sessions. Programming : set up and...