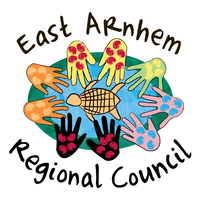 The East Arnhem Regional Council is a local government area of the Northern Territory, Australia. Situated in the far north-eastern corner of the Northern Territory, the region covers an area of 33,359 square kilometres (12,879.98 sq mi) and had a population of approximately 9,000 as at the 2016 Census. East Arnhem Region was created under the Local Government Act (NT) 2008 to provide core Local Government Services. The area comprises nine major remote communities, many homelands and outstations, commercial enterprises such as tourism, two mining leases, and pastoral properties scattered throughout the Council area. Five of the nine communities are located on islands. Six of the communities are recognised Remote Service Delivery Sites by the Commonwealth and another is recognised as a NT Government Territory Growth Town.