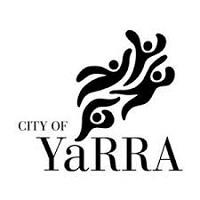 The City of Yarra is a local government area (LGA) in Victoria, Australia in the inner eastern and northern suburbs of Melbourne. It is the second smallest LGA in the state with an area of 19.5 square kilometres (7.5 sq mi), and in June 2018 it had a population of 98,521, making it the second most densely populated LGA, with around 5,040 people per square kilometre. The City of Yarra was formed in 1994 as a result of the amalgamation of the former Cities of Richmond, Collingwood, Fitzroy, and parts of Carlton North (previously part of the City of Melbourne) and parts of Alphington and Fairfield (previously part of the former City of Northcote).