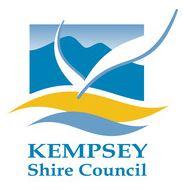 Kempsey Shire is a local government area in the mid north coast region of New South Wales, Australia. The shire services an area of 3,380 square kilometres (1,310 sq mi) and is located adjacent to the Pacific Highway and the North Coast railway line. Kempsey Shire was formed in 1976 by the amalgamation of the former Kempsey Municipality and the former Macleay Shire. At the 2011 census, Kempsey Shire had a high proportion of Aboriginal and Torres Strait Islander people residing within its boundaries; being 11.1 per cent of the resident population, more than four times the national and state averages of 2.5 per cent. The shire also contains a coastal strip that was identified in 2007, and confirmed in 2015, as one of the most socially disadvantaged areas in Australia.