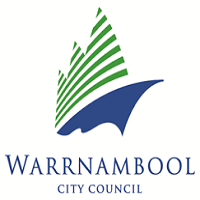 The City of Warrnambool is a local government area in the Barwon South West region of Victoria, Australia, located in the south-western part of the state. It covers an area of 120.7 square kilometres (46.6 sq mi) and at the 2016 Census had a population of over 33,000. It is entirely surrounded by the Shire of Moyne and the Southern Ocean. It is one of only a few regional councils in Victoria to remain serving just one urban district after the amalgamation process of 1994, although through that process it did gained some portions of the former Shire of Warrnambool. The City is governed and administered by the Warrnambool City Council; its seat of local government and administrative centre is located at the council headquarters in the central district of Warrnambool. The City is named after the main urban settlement located in the centre of the LGA, that is Warrnambool, which is also the LGA's most populous urban centre with a population of 28,413.