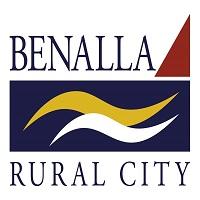 The Rural City of Benalla is a local government area in the Hume region of Victoria, Australia, located in the north-east part of the state. It covers an area of 2,353 square kilometres (908 sq mi) and, in June 2018, had a population of 14,024.

It includes the towns of Baddaginnie, Benalla, Devenish, Goorambat, Major Plains, Swanpool, Tatong, Thoona, Warrenbayne and Winton. It was formed in 2002 from the de-amalgamation of the Shire of Delatite into the current rural city and the Shire of Mansfield.

The Rural City is governed and administered by the Benalla Rural City Council; its seat of local government and administrative centre is located at the council headquarters in Benalla. The Rural City is named after the main urban settlement located in the centre-north of the LGA, that is Benalla, which is also the LGA's most populous urban centre with a population of 10,331.