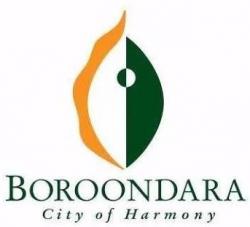 The City of Boroondara (/bɒrənˈdɑːrə/) is a local government area in Victoria, Australia. It is located in the eastern suburbs of Melbourne. It was formed in June 1994 from the amalgamation of the Cities of Kew, Camberwell and Hawthorn.