Applicants should note that as Special Magistrates generally work on ad hoc occasions, there is no guarantee of any particular type or frequency of work.

Expressions of interest are sought from all areas of the legal community including the private sector, government and community sector. Women, people with disabilities, people who identify as LGBTIQ, and people of Aboriginal and Torres Strait Islander and culturally diverse backgrounds are encouraged to apply.

Previous judicial experience will be well regarded. Successful candidates may be identified based on their application and referee reports only.

Information regarding eligibility, selection criteria and the personal particulars form may be obtained from jobs.act.gov.au.

The ACT Magistrates Court has jurisdiction to hear and determine civil and criminal cases across an extensive range of matters including:

The Court’s jurisdiction also includes the Coroner’s Court, the Children’s Court, the Industrial Court, and the Galambany and Warrumbul Circle Sentencing Courts.

Special Magistrates are appointed by the ACT Executive following consultation with the Chief Magistrate.

A person is eligible to be appointed as a Special Magistrate if they are under the age of seventy years.

Enquiries and Expressions of Interest

Written expressions of interest addressing the selection criteria, a current curriculum vitae and the personal particulars form should be emailed to judicialappointment@act.gov.au.

General inquiries should be directed to Jennifer McNeill, Deputy Director-General, Justice, of the Justice and Community Safety Directorate, by email to judicialappointment@act.gov.au or on (02) 6205 3504.

Expressions of interest close on 12 December 2021. Late applications may be accepted at the selection panel’s discretion. 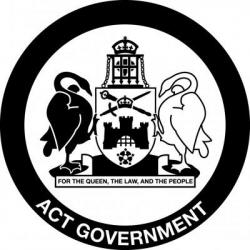