The Rural City of Wangaratta is looking for casual Certificate III & Diploma qualified Childcare Educators to join our team. We are seeking nurturing individuals who can work with children from the ages of 6 weeks to 6 years.

To be successful you would need to have either Certificate III or Diploma in Childcare. Key responsibilities would include; assisting to deliver the educational program, engaging with families and children, and providing a nurturing environment for children.

We offer great working conditions, many opportunities for advancement and development of skills in a supportive environment. If you are excited about a career in early childhood education we would love to hear from you!

In your cover letter please specify your qualifications.

A detailed Position Description is available below and further enquiries about this position should be directed to Susie Furlan - Childcare Centre Coordinator on 03 5721 2635.

The successful applicant will be required to provide a copy of their Covid-19 Vaccination Certificate prior to commencement.

When submitting your application, you will need to include: 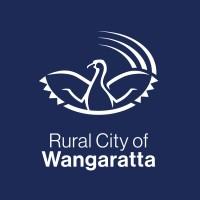 The Rural City of Wangaratta is a local government area in the Hume region of Victoria, Australia, located in the north-east part of the state. It covers an area of 3,645 square kilometres (1,407 sq mi) and, in June 2018, had a population of 29,087. It includes the towns of Cheshunt, Eldorado, Everton, Glenrowan, Greta, Greta West, Milawa, Moyhu, Oxley, Tarrawingee, Wangaratta and Whitfield. It was formed in 1994 from the amalgamation of the City of Wangaratta, Shire of Wangaratta, Shire of Oxley, and parts of the United Shire of Beechworth, Shire of Benalla and Shire of Yarrawonga. When formed the municipality was originally called the Shire of Milawa, but a few months later, was renamed to its current name.

The Rural City is governed and administered by the Wangaratta Rural City Council; its seat of local government and administrative centre is located at the council headquarters in Wangaratta. The Rural City is named after the main urban settlement located in the north of the LGA, that is Wangaratta, which is also the LGA's most populous urban centre with a population of around 18,500.