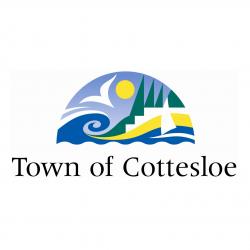 The Town of Cottesloe is a local government area and a suburb of Perth, the capital of Western Australia. Cottesloe is located 11 kilometres (7 mi) west of Perth's central business district, covers an area of 3.9 square kilometres (1.5 sq mi), maintains 45.7 km of roads and had a population of approximately 7,500 as at the 2016 Census. Cottesloe is served by Swanbourne, Victoria Street, Grant Street and Cottesloe train stations, all operated through the Fremantle Railway Line. Various bus routes operate along Stirling Highway, enabling transport through the suburb's western and eastern precincts with Perth and Fremantle. All services are operated by the Public Transport Authority. The Town of Cottesloe's inclusion of walk and cycle paths enable it to be a walkable precinct.