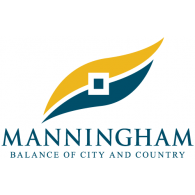 The City of Manningham is a local government area in Victoria, Australia in the north-eastern suburbs of Melbourne and is divided into 12 suburbs, with the largest being Doncaster and Doncaster East. It comprises an area of 114 square kilometres and had a population of 116,255 in 2016. The district spans a roughly east-west direction along the southern banks of the Yarra River and across the undulating valleys of the Koonung, Ruffey and Mullum Mullum Creeks, alternating from typical low density suburban housing in the west to remnant bushland, within a green wedge, in the east. As such, the district encompasses the transition between the built and natural environments in Melbourne's east and promotes itself as a "balance of city and country".