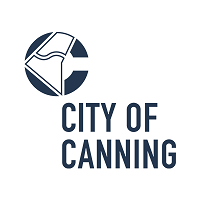 The City of Canning is a local government area in the southeastern suburbs of the Western Australian capital city of Perth, about 10 kilometres (6 mi) southeast of Perth's central business district. The City covers an area of 64.8 square kilometres (25.0 sq mi) and had a population of approximately 90,000 as at the 2016 Census. In 1871, the Canning Road District was established under the District Roads Act 1871, covering a very wide area to the southeast of Perth. On 1 July 1907, it was abolished and split into the Queen's Park Municipal District and Gosnells Road District (later to become the City of Gosnells). In 1921, Queen's Park was renamed to Canning Road District, and two years later received a large amount of land from Jandakot Road District when that entity was abolished.