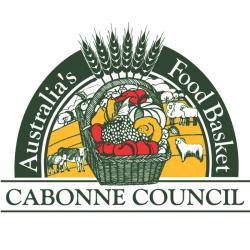 Cabonne Shire is a local government area in the Central West region of New South Wales, Australia. The Shire is located adjacent to the Mitchell Highway and the Broken Hill railway line, partly surrounding the City of Orange. The administrative centre is located at Molong. As at the 2016 census, the population of the Shire was estimated to be 13,860. More than half of the businesses in the region, being 858 of 1683, are classified as part of the agricultural sector.

Email me jobs from Cabonne Council