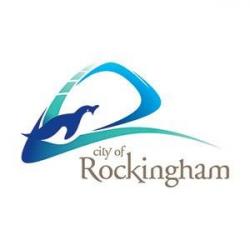 The City of Rockingham is a local government area in the far southern suburbs of the Western Australian capital city of Perth.

In 1896, residents of Rockingham petitioned to establish a road board, which they proposed be called "Clarence" which was the name of the failed settlement of Thomas Peel at Woodman Point. The area at the time fell within the responsibility of the Fremantle District Road Board. The name "Clarence" was declined by the Department of Lands and Surveys, and the Rockingham Road District was gazetted on 4 February 1897.