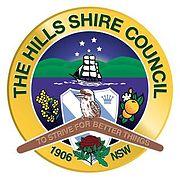 The Hills Shire (from 1906–2008 as Baulkham Hills Shire) is a local government area in the north-west region of Sydney, in the state of New South Wales, Australia. The area encompasses 401 square kilometres (155 sq mi) stretching from the M2 Hills Motorway in the south to Wiseman's Ferry on the Hawkesbury River in the north. The Shire had a population of 157,243 as at the 2016 census. The current Mayor of The Hills Shire is Cr. Michelle Byrne (Liberal), who was elected on 9 September 2017. At the 2016 census, there were 157,243 people in The Hills local government area; of these 49.3 per cent were male and 50.7 per cent were female. Aboriginal and Torres Strait Islander people made up 0.5 per cent of the population; significantly below the NSW and Australian averages of 2.9 and 2.8 per cent respectively. The median age of people in The Hills Shire was 38 years.

Email me jobs from The Hills Shire Council