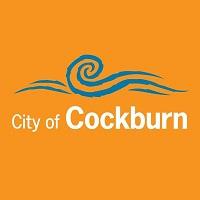 The City of Cockburn /koʊbɜːrn/ is a local government area in the southern suburbs of the Western Australian capital city of Perth about 8 kilometres (5 mi) south of Fremantle and about 24 kilometres (15 mi) south of Perth's central business district. The City covers an area of 167.5 square kilometres (64.7 sq mi) and had a population of over 104,000 as at the 2016 Census. Cockburn is named after Cockburn Sound, which was named in 1827 by Captain James Stirling after Admiral Sir George Cockburn. Sir George was born in London in 1772 and was a renowned British naval officer, eventually becoming Admiral of the Fleet and First Sea Lord. He served under Horatio Nelson during the war with France, but came to public attention and was granted his knighthood for his service in the War of 1812, in particular for the burning of Washington in 1814. It was he who took Napoleon to exile on the island of Saint Helena after the Battle of Waterloo in 1815.