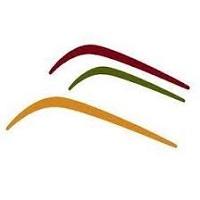 The Wudinna District Council is situated in central Eyre Peninsula, South Australia. The Council office is situated in Wudinna, the main service centre for the district. The townships of Minnipa, Yaninee, Kyancutta and Warramboo are also located within the Council's boundaries. Grain, sheep and beef cattle are farmed here along with other various primary products. The industries of tourism and granite mining are growing steadily. The Wudinna District Council covers an area of just under 6000km2 and has a population of around 1500 people.

The Council consists of 7 Councillors who are supported by a team of dedicated admin and works staff guided by policies, Council's Corporate Plan and the district's Community Plan.

The main attractions of our district include Mount Wudinna, one of the largest exposed granite monoliths in the southern hemisphere situated approximately 10km north east of Wudinna. Pildappa Rock, another granite dome, displays spectacular 'wave' formations that rival that of 'Wave Rock' in Western Australia. The Wudinna District Council is also the doorstep to the Gawler Ranges and Gawler Ranges National Park.