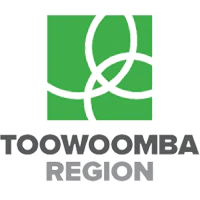 The Toowoomba Region is a local government area located in the Darling Downs part of Queensland, Australia. Established in 2008, it was preceded by several previous local government areas with histories extending back to the early 1900s and beyond. In 2018-2019 it has a A$491 million budget, of which A$316 million is for service delivery and A$175.13 million capital (infrastructure) budget. The City had its beginning in the Toowoomba Municipality which was proclaimed on 24 November 1860 under the Municipalities Act 1858, a piece of New South Wales legislation inherited by Queensland when it became a separate colony in 1859. William Henry Groom, sometimes described as the "father of Toowoomba", was elected its first mayor. It achieved a measure of autonomy in 1878 with the enactment of the Local Government Act. With the passage of the Local Authorities Act 1902, Toowoomba became a town council on 31 March 1903. On 29 October 1904, Toowoomba was proclaimed a City.