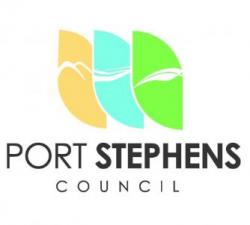 Port Stephens Council (also known simply as Port Stephens) is a local government area in the Hunter Region of New South Wales, Australia. The area is just north of Newcastle and is adjacent to the Pacific Highway which runs through Raymond Terrace, the largest town and Council seat. The area is named after Port Stephens, which is the major geographical feature of the area. It extends generally from the Hunter River in the south, to near Clarence Town in the north, and from the Tasman Sea in the east, to just south of Paterson in the west. The mayor of Port Stephens Council is Ryan Palmer. Port Stephens is about two and a half hours north of Sydney.