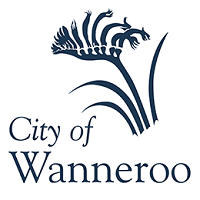 The City of Wanneroo is a local government area with city status in the northern suburbs of Perth, Western Australia. It is centred approximately 25 kilometres (15.5 mi) north of Perth's central business district and forms part of the northern boundary of the Perth metropolitan area. The city's main commercial and residential town centres are located at Wanneroo in the east and Clarkson in the north. Further urban centres are planned at Alkimos, Yanchep and Two Rocks in the future to coincide with rapid metropolitan expansion and development in the area. It is also home to the Yanchep and Neerabup National Parks, as well as the Neerabup Industrial Estate in the north.