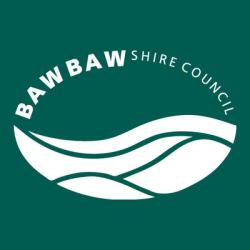 It includes the towns of Drouin, Longwarry, Neerim South, Trafalgar, Warragul and Yarragon. It was formed in 1994 from the amalgamation of the Shire of Buln Buln, Shire of Narracan, Rural City of Warragul, and some parts of the Shire of Upper Yarra.

The Shire is governed and administered by the Baw Baw Shire Council; its seat of local government and administrative centre is located at the council headquarters in Drouin, and it has a service centre located in Warragul. The Shire is named after the major geographical feature in the region, the Baw Baw Plateau with Mount Baw Baw being the second highest peak in the region. A small alpine ski resort on the mountain is an unincorporated area forming an enclave surrounded by the Shire.